7 Best Python Libraries for Data Science Job You Should Explore

Every Python developers will agree with me if I say, if Python is different (might be superior for solving the various problem), because of its open source libraries available.

Why write code from scratch if you have a code already available to start with?

I am sharing top Python libraries for data science you should explore and use if you want to make a career in data scientist job. Just to put little glance before moving ahead…

Do you know, what is the job of the Data Scientist?

One of the readers asked me what is the difference between Data Engineer and Data Scientist?

This world has become more data-driven and an enormous amount of data is being generated. Every object connected over IoT network generates data; when you browse any website, Google collects data for their advertisement intelligence. What not?

The responsibility of the data engineer is to transfer the data from one connected entity to another, in a more secure and reliable way.

The role of Data Scientist is to get those data, then parse it and analyze it for future development.

As per the DIKW Pyramid Model, Data Science job revolves around finding the information, knowledge from Raw Data. And it can be bundled into the stack of 4 entities:

Why is Python best Language for Data Science?

At each layer, the data scientist needs to parse and manipulate the data. For Python developer, there are various Python libraries available that make the job easy.

If you are Python developer, trust me, you are damn Lucky. Python is the best Language for Data Science. And there are various reasons.

I understand you have good command on Python programming (Even basic is fine). For furthermore, you can learn from the FREE Python tutorial.

Python is used to Take the Photo of Blackhole

The first-ever image of a black hole is captured by the Astronomers.

Blackhole is located in a distant galaxy measures 40 billion km across – three million times the size of the Earth – and has been described by scientists as “a monster”.

The black hole is 500 million trillion km away from the Earth and was photographed by a network of eight telescopes across the world.

Here is the list of libraries they have mentioned in their research paper.

Being a Python developer, I feel so proud.

Most of these libraries are useful in Data Science as well. Let’s explore them one-by-one.

So without getting your more time, here are the top 7 libraries you should explore to become Data Scientist.

If you have a large set of data and you want to perform some mathematical operation, what you do is running loop.

It also provides the facility to import and export data to and from external libraries using Numpy array.

Mathematics is not easy especially if I remind you about linear algebra, Fourier transform… All these operations can be done using this package. And it is very much handy for Data Analysis.

It also provides the tool for data integration with other programming languages like C/C++ and FORTRAN.

Pandas is a Python module which makes your Data analysis job very easy. It is an open source tool that mainly focuses on the high-end data structure. It ensures faster and easy data analysis.

Many programmers (especially beginners) find it difficult to understand the Numpy package and working on the high-end data structure. To address this issue, Pandas is developed on top of Numy. So the complexity of the Numpy is cloaked behind the Pandas Python package.

If you are beginners, I would suggest using Pandas instead of Numpy package (at least to start with).

Now you have analyzed the data? But, how will you depict it or display your analysis?

It is an open source module to display the Graphical User Interface (GUI) for your analyzed data. With this tool, you can show your pictorial data such as pie chart, bar diagram, table chart… This tool also provides the flexibility to alter and customize the image as per your requirement.

It is always easy to analyze the data from the diagram instead of going through all the numerical values and statistics (especially for the end user).

The advanced feature of this library includes zooming over the image.

After creating a pictorial diagram, you can save it in the various image format such as PDF, JPG, PNG, GIF… Saving analysis pictorial format comes handy for future reference.

1. Here is an example where I have plotted memory management stats and reference count using Matplotlib. 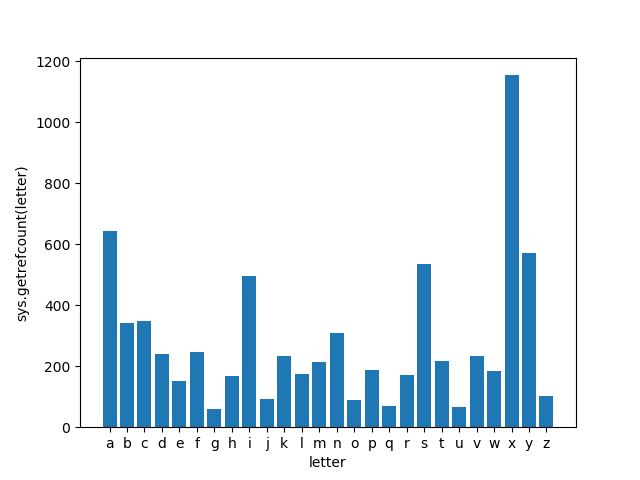 2. To explore the different blocks in Matplotlib, I have written code to draw Indian flag using Matplotlib. 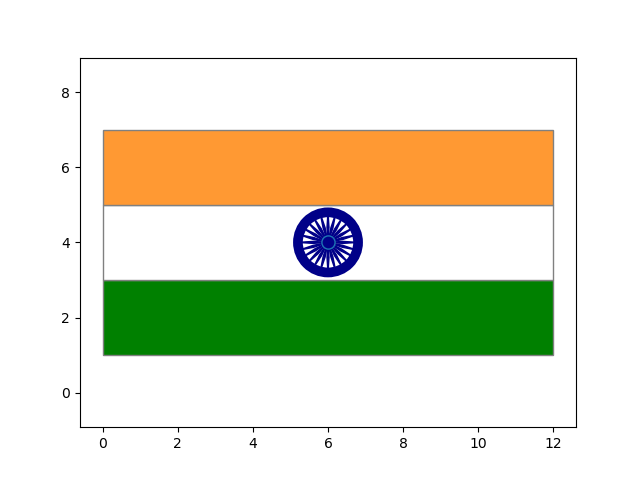 Scipy is the Python ecosystem or a collection of open source Python packages. As the name depicts, the packages include most of the data science related libraries and used for scientific computing.

For instance, Numpy, Pandas, and Matplotlib are already part of this ecosystem. Scipy uses Numpy array stack. Based on this array stack, it is easy to utilize various functions of Matplotlib and Pandas.

Apart from data science, it also includes the module for image processing.

Scikit-learn is again Python module which is built on top of the NumPy, SciPy, and Matplotlib. This module is especially known for machine learning.

There are various machine learning algorithms which are very easy to code with Scikit-learn module.

Again, it is open source. You can give it a try.

Anaconda is the Python distribution, especially build for data analysis and data science. It is open source and free to use by anyone.

This Python distribution includes all the important Python libraries you need for Data Science. If you install Anaconda on your system, you hardly need to install Python packages explicitly for Data Science.

It also comes with pip preinstalled. ( The pip is an application for managing python modules.)

Conda is package manager for Anaconda. This Python distribution comes with many preinstalled Python packages.

So, you can easily install or update or remove any module anytime in Anaconda using both pip and Conda.

The great thing about TensorFlow is – it is built and endorsed by Google. It is an open source project for machine learning. One of the fascinating powers of this module is its power of Neural computing.

Even if you are a beginner, you can find the various TensorFlow tutorials on its official website.

As it is endorsed by Google community, you can expect the best support and future scope in Data Science for using this tool.

How to Start Exploring Python Module for Data Science?

To give a kick start learning for Data Scientist job, I would suggest you install Python on your system.

I would recommend you to install Python 3 as its new and you will have continuous support and update. If you already have installed Python 2 and if you are comfortable running it, you are good to go.

All the mentioned libraries support for both Python versions.

Install Jupyter on your system. It is the best IDE you should have for Data Science. With this tool, you can run your Python code inside the browser.

If you look at above all the Python modules for Data Science, you can clearly see; Numpy, Pandas, and Matplotlib are the main and core python modules. Based on them, other modules are developed.

For a quick start, focus on 3 things.

I know, to mastering Data Science you need to explore so many python libraries. One of the biggest problems with Python is to managing dependencies among multiple Python modules.

If you don’t want to mess with your other Python work and to keep Python setup separate for Data Science, I would recommend you to create a Python virtual environment.

If you get any issue while handling Python libraries in a virtual environment, it will not hamper your existing Python environment.

So be on the safer side, use the Python virtual environment.

This is all about Python libraries for data science. It is vast and there are so many things to explore and to learn. If you have any question, I would like to discuss in the comment section. Shootout your query.

Till then, enjoy playing with Data!