To be Precise to this question…

You can build the Android App using Python.

But the real question arises… Is it a good choice to make the Android App using the Python programming language? 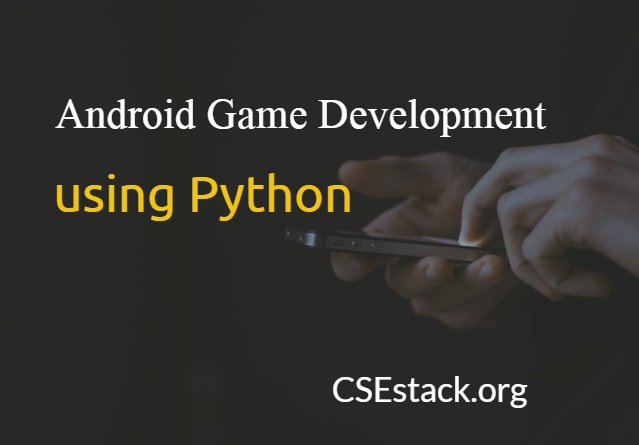 As per the reports from The Statistics Portal, Google Play Store recently placed at 3.3 million Android apps (including mobile games) in September 2017. Firmly, it is the Android market. You can see the craze of developers developing mobile applications and honing their career as the fascinated App developer.

How many of them have developed their Android application in Python?

All these programming languages are dedicated to a particular operating system. You can not use Kotlin for iOS development. You can not build an Android App using Swift.

Looking at my experience in App development (Not so much though).

I remember, using Brew technology to develop a mobile application. Even to display “progress wheel”, I was used to write around 500-600 lines of code. You might be thinking why did I do that? That was the first project assigned to me for my first job being an App developer.

And as expected, I did not do well, seeing all my colleagues developing fancy Android and iOS applications with just a few lines of code.

Later, I jump to Python…

Being a Python developer, just like you, I was curious to know if I can build my mobile game application using Python. Or again it will hold me back?

I have curated complete Python tutorial. But when it comes to answering this question, I was stuck. To find if my world is right, I started reading and doing some study.

Before sharing my study and knowledge on this subject, you should aware…

How is Game App different from other mobile Applications?

If you don’t work on these factors, your Gaming application can hang the user’s smartphone. And the user hates it the most.

You can not hang your self while enemy chasing you, right?

To satisfy all the Gaming requirement, you should need your app running faster.

One of the biggest constraints about GAME is that… It has a limited resource available, whether if its memory resource, graphics, data buses or taking user input… And smartphone OS have to share these resource with other running applications as well.

What are the challenges of developing a mobile application using Python?

Python is slower than most of its competitive programming languages like C/C++, Java…

I would better say, it is the only challenge because there are so many areas where Python have feathers in its crown…

To throw the fact, most of the Python libraries are build on C programing language. Python looks like the wrapper on top of compiled C programs. This is to make the Python modules work faster.

So to get on to the point… YES! You can develop an Android application using Python. But, it is not the best choice if we compare to other programming languages to develop the Android app.

There are lot many things you can do with the Python, but developing a solid Android game does not come in Python bucket.

As you are reading this post, you might be good at Python (or maybe decided to learn Python). You can make a simple Game using Python (not recommend developing high graphics games).

The real strength of the Python is the module. It makes your programming easy and precise even for smartphone application development.

Is there a Module for Developing Android Mobile Game using Python?

Kivy: It is the most evaluated module for developing the mobile application so the GAME. Advantages of using Kivy module

If you make your mind to develop an Android mobile game using Python, Kivy is the best choice.

You might have so many question pumping in your mind as it is an open discussion about developing Android mobile game using Python. You might have your own opinion. Feel free to write the comment. I would love to make fruitful discussion and I am sure it will help many other readers.