Are you looking for IDE for Python coding practice or developing project?

Python is getting more popular. And one of the biggest reason for its popularity, it is so simple, elegant and easy to learn. It has the huge scope and has more demand for Python developer in the IT industry.

It is claimed that the requirement for the skilled Python developers in the IT industry is still the major concern. Google, Quora, Dropbox, Yahoo Maps, Reddit, YouTube are the few giant companies working on Python projects. For sure, there is a great future for Python developer.

If you are looking for career opportunities in the software industry or want to learn programming skills, starts fuelling Python skills. It will be paid off one day, for sure.

In this post, we see how to install and configure PyCharm as the best Python IDE on Windows.

How to Install Python on Your System?

If you have Python already installed on your system, you can skip this step. And move to next step for installing PyCharm IDE.

If you are new to Python programming, I would recommend using Python 3.6.

Once downloaded install it on the system.

If you are installing Python on Windows, you can skip links shared above. Instead, keep reading below.

I am demonstrating the installation of Python 3.4 here.

Double click on the Python executable file you have downloaded.

It saves in a c://python34folder by default. 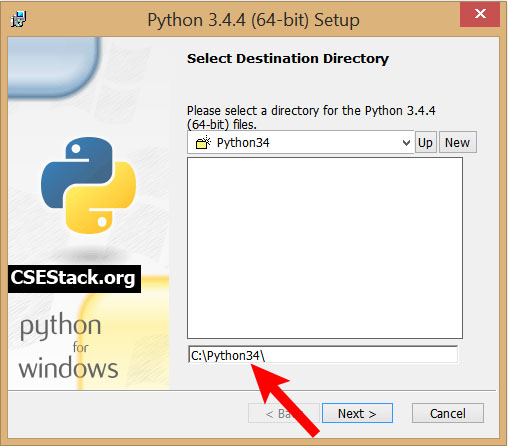 Note: If you are installing Python 2.7 then it gets installed in c://python27 folder. As directory name is created according to the version of Python, So it is possible to install multiple pythons on the same system. It does not create any conflict among multiple Python version installed on your system. And it works independently.

Click on the “Next” button and complete the installation.

Write a simple program to test if the Python installation successfully completed or not.

If you installed Python version 2, use command “Python” in the command console.

If you have entered so many commands, you can clear the Python interpreter console.

To develop the project in Python, you need to Integrated Development Environment (IDE) just like for many other programming languages.

Which is the best IDE for Python?

I recommend you to use PyCharm IDE for Python to code programs. It will help you to integrate multiple Python programs in a single project. PyCharm IDE also provides the environment to work on multiple projects.

PyCharm is the best Python IDE provided by JetBrains. You can download PyCharm installation software from its official website Jetbrains.  It is available for Linux, Windows and OS X.

Download PyCharm for window and install it on the system. 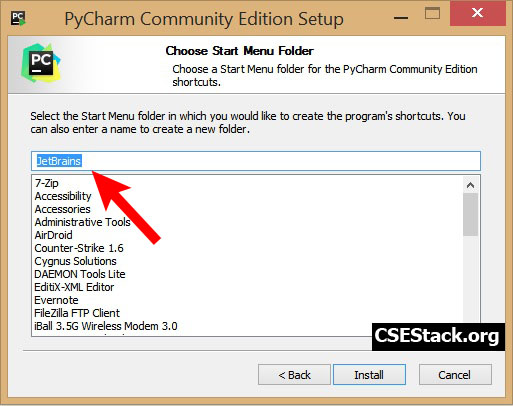 While installation you need to configure to open Python file by default in PyCharm. Click on create association check box. It will associate every python file on your system with PyCharm. 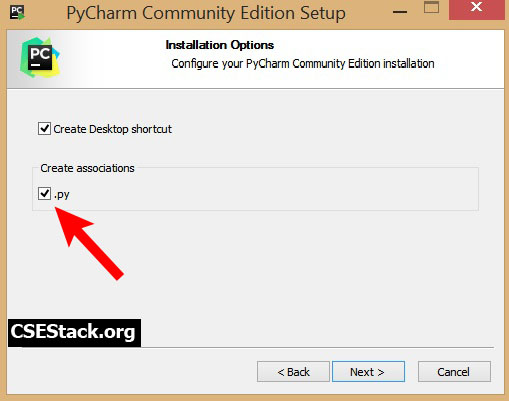 If you are installing Python first time and there are no other Python versions installed on your system, choose not to have a previous version.

That’s it! You are done with installing Best IDE for Python.

There is nothing difficult in it, right?

Once the installation and configuration of Pycharm complete, create a new project.

Set new project name and location for project repository where you want to save project source files. 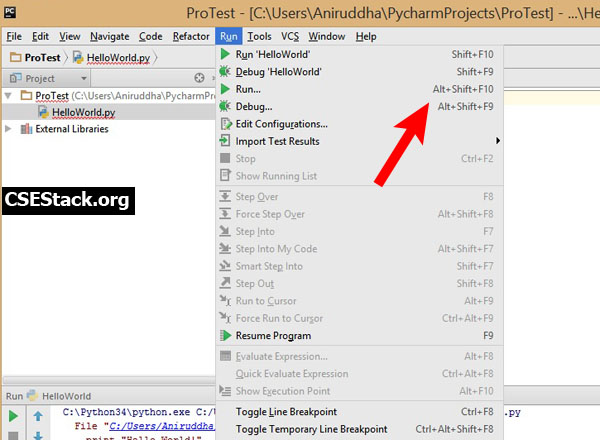 You can keep in mind some of the shortcuts that require frequently such as keyboard shortcuts for running and debugging the program. 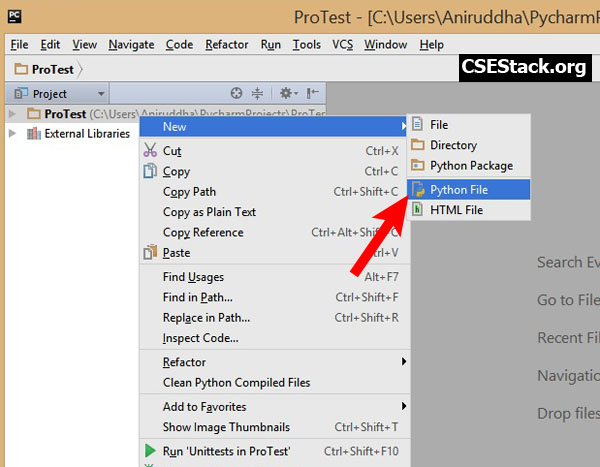 Run the program. You can see the output in the run console as “Hello World!”

Note: Program syntax can vary as per the Python version you are using. Here I am using Python 3.4.

Installing and configuring Python on your system is the first step to getting into the Python. I have curated complete Python tutorial. Best thing, you don’t need to pay anything to learn Python. It is completely available for FREE. Go through it and master the Python programming.

That’s all from this tutorial. I hope you enjoy it reading and implementing.

If you have any doubt regarding Pycharm configuration or Python setup, feel free to comment below. I will revert to you as soon as possible.