Different Types of Inheritance in Java with Example Program

The class whose properties and functionalities are inherited by another class is called parent class. It is also called as a superclass or a base class.

The class which inherits the properties of the other class is called child class. It is also called as a subclass or a derived class.

Now, why do we need Inheritance?

The creation of a new class with the help of the properties of an already created class is the basic notion of inheritance, i.e., the data members (instance variables) and member functions (methods) of the base class can be used in derived class.

So there are many advantages of using inheritance in Java:

The syntax for Inheritance:

The extends keyword is used to depict inheritance in Java. Here we are using Super as the parent class and Sub as the child class.

Different Types of Inheritance in Java:

When classes extend the properties of each other level by level is known as multilevel inheritance. For instance, class Z extends Y and class Y extends X. The pictorial representation below will help you understand the gist of multi-level inheritance better. 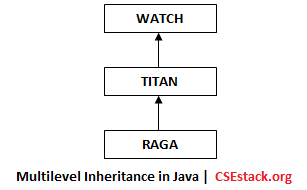 Above is a pictorial representation of Multi-Level Inheritance.

A simple example is followed: 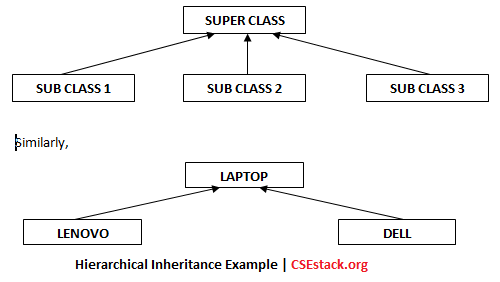 A simple example is discussed below:

This is all from the different types of inheritance in Java. If you have any doubt feel free to write a comment.

I am a graduate in computer science with a creative bent of mind for writing content. With great gusto, I enjoy learning new things. I trail in database management system, and object-oriented programming languages like Java, C/C++.
Your name can also be listed here. Got a tip? Submit it here to become an CSEstack author.