In this tutorial, you will learn about linear regression algorithm. I will also explain Linear Regression real life example. This will make it easy to understand.

What is a Linear Regression in Machine Learning (ML)?

Linear regression is one of the most popular algorithms in ML.

Linear regression algorithm is used to predict the continuous-valued output from a labeled training set i.e. it is a supervised learning algorithm.

It is a well-known algorithm for machine learning as well as it is well-known in Statistics.

For further explanation, let us consider a Linear Regression example.

We are having a training set of a House prediction system. We are using features of House i.e. area, the number of bedrooms, etc. as input and its price is our output. How does Linear Regression Algorithm Functions?

1. We are having labeled training set of houses where the input is a matrix having ‘m’ rows and ‘n’ columns. ‘m’ correspond to the number of houses in the training set, each having ‘n’ number of features. The output of this training set is a vector having size ‘m’.

2. Linear regression algorithm is fed with this training set which outputs the function ‘h’. ‘h’ stands for a hypothesis.

So now when ‘h’ is fed with new input it tries to predict its output. Thus ‘h’ is a function that maps X to Y.

4. Once we have values of all coefficients we can predict the output of linear regression real life example for unseen inputs.

How does Gradient descent algorithm function?

1. Gradient descent is an optimization algorithm, where we try to optimize the value of coefficients by minimizing a cost function (cost).

3. We initialize coefficients with random values. Cost is calculated by plugging that values of coefficients into a function ‘f’.

4. Then we calculate a derivative of a cost function, since derivative gives slope at a point, pointing to the direction in which we can move coefficient value in order to get the lower cost in next iteration.

5. Once we know which direction is downhill we can keep updating the value of coefficients until the derivative of cost function tends to zero. A learning rate parameter (alpha) is used to control change in the coefficient on each update.

6. In order to speed up the process of calculation of coefficients do scaling of features i.e. try to get the value of all features in a single range. For e.g. -1 < feature < 1.

This is simple linear regression real life example to get a clear understanding. It is very useful for machine learning. 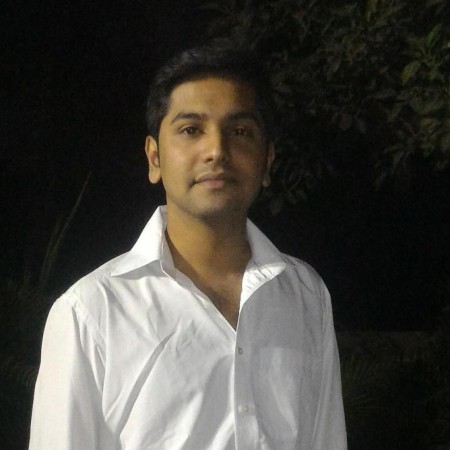 I am currently pursuing my Masters in Computer Science from Northeastern University (Boston, MA, USA). I am interested in Machine Learning, Robotics and Big Data. I like to read blogs and stay updated with new technologies.
Your name can also be listed here. Got a tip? Submit it here to become an CSEstack author.